Basking in the Energy of Lily Dale

It’s been over a month since I spent time in Lily Dale, NY (August 1-4, 2018). I had intended to write a blog about my experiences shortly after returning home, but honestly I am still basking in the energy and “sitting with” the memories myself.

My first visit to Lily Dale was in 2014 (Read My Time at Lily Dale). I returned again to present again in 2015 and 2016 (and upon research just realized I didn’t blog about my experiences either of those years). Sitting on the porch of the Maplewood after doing private sessions in 2016, I sensed I would not be returning for the 2017 season. As with anything, sometimes taking a break (whether it be from a person, place or thing) is a really good thing!

The Assembly had made some changes, and visiting mediums who were presenters were no longer able to offer private sessions in the reading room at the Maplewood, which is something I had done before to offset the travel expenses. You must be a registered medium to offer sessions. I was a bit disappointed to learn that at first, but quickly realized I would absolutely make the most of my visit.

I had intended to see Niagara Falls at night once I arrived in Buffalo. However, the flight was delayed, the weather was rainy and windy, and I was tired from traveling. Plus, I wasn’t attached to seeing them, although I know it would have been a beautiful site to see with the lighting. Instead, I knew getting a good night’s sleep would be a better and smarter option.

In summation, during my time in The Dale, which was literally 48 hours, I visited the Healing Temple three times, had a massage, did a book signing, taught two workshops, attended a message service, connected with old friends and made new ones, visited the fairy trail twice and communed with the fairies, spent time at The Stump and basked in the beautiful energy of Lily Dale all while sleeping just 5 hours during that time span. (Who needs sleep when there is so much to experience!)

I loved the synchronicity for the opportunity of the fairy encounter. I went to Lily Dale’s newest meal option, Spirit Café, which was open Thursday through Saturday nights from 10 pm to 1 am. Yes, that’s right! Located at the picnic area near the Fire Department and Lyceum, the Assembly listened when people requested a late-night option since events ended at 10 pm, and there was nothing else open.

Thursday night, I stopped in to check it out. Ordering my sliders, I enjoyed visiting with a few of the registered mediums and Chef Jordan. As I was getting ready to leave and head back to my room above the Assembly Hall where I was staying, I met a woman who after a few minutes invited me to join her and her group for a trip into the woods. Jill Tracy was in the The Dale recording music for her upcoming album, The Secret Music of Lily Dale. To learn more and support Jill’s endeavor, please visit https://www.gofundme.com/jilltracyinlilydale.

I hesitated at first because I didn’t want to intrude, but remembered I was invited. Plus, I knew I had to teach two workshops the next day, so I needed a good night’s sleep. Without further hesitation, I knew I would regret not going. Eight of us made the trek into the woods to the special place. As the others began speaking and singing, it was just a matter of moments before our requests were honored. Delighted and amazed, the fairies put on quite a show.

At one point, I “heard” (in my mind) a message from the fairies. They reminded me/us that the magic is within each one of us. We can have memorable moments such as this (the time in the forest being delighted by the fairies) to remind us of the magic, but we are also creating the magic for others. The message stuck with me deeply, and I became more aware of how I am able to create magic by simply smiling and acknowledging another’s presence.

There is so much more I could share, and I may when the time feels right. I will be returning to Lily Dale in October to take a trance healing course at the Fellowships of the Spirit. 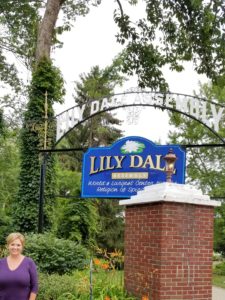 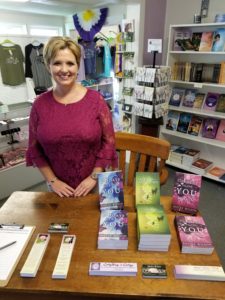 Book Signing at the Bookstore 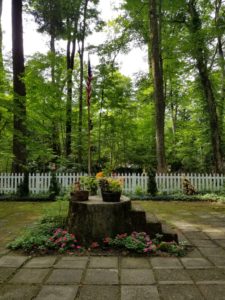 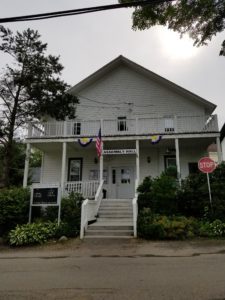 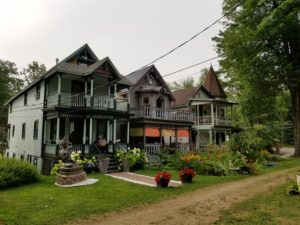 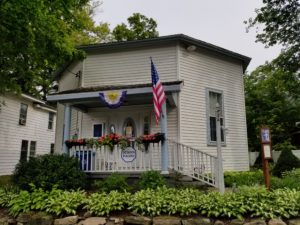 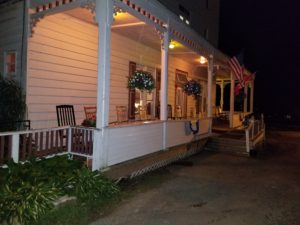 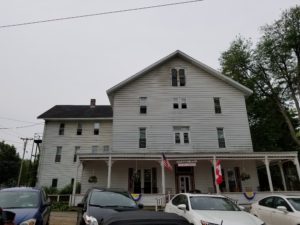