Observations from the Pit – Part 3

I’m a self-proclaimed pro at enduring the pit, and there are several observations I made. 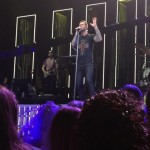 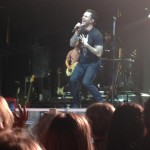 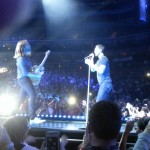 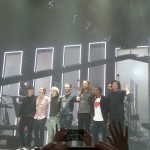 1. Firstly, the gap between the stage and the pit is much greater. I totally understand the precautions, especially after hearing a fan “rushed the stage” at one of his concerts in California recently.

2. After my first two experiences, I had the stamina to endure 7 hours without sitting. Breakdown: 1 hour standing in line to get wristbands for pit. Another hour waiting for the doors to open to secure optimal pit location. We made our way as fast as we could to the pit once the doors open and attained the most viable location since there was a walkway to a center stage from the main end stage. Plus, we were able to lean against the barricade that separated the pit from the floor seats. (Yes, I did “eye” those seats!) Another 1 1/2 hours waiting for the first opening act. Then, it officially began. Rozzi Crane took the stage first for a short set, then intermission to reset the stage before Magic! took the stage for their set. Another 30 minute intermission and Maroon 5 took the stage. They opened with Maps from their new album V and played a great set and encore. I may be a bit biased, but Adam and the guys always put on an awesome show!

3. The people on my side of the pit just seemed extra nice. There were no “bullies”, “pushers” or anything of that sorts. Everyone stayed in their respective spaces and were having fun.

4. During one part, Adam was at the center stage and asked everyone to go “old school” and turn of their phones. A few lighters made their appearance. Apparently, one person kept taking pictures, and it was obvious Adam was a bit perturbed. He expressed something to the effect of everyone being so connected to their phones. He asked again for everyone to just put their phones away for a few minutes. It was a simple gesture, but spoke volumes. His intent was for us to just be in the moment and to enjoy that moment. So many people are disconnected from themselves as well as others, this was an opportunity to consciously connect.

5. Most importantly, I observed my daughter (yes, I’m getting teary-eyed here) who has grown into a beautiful young woman. She interviewed for a summer internship at Blue Hills Country Club in Kansas City just a few hours before the concert, and I’m happy to announce she was offered and has accepted the position. She has just two weeks left of her first year at the University of Arkansas. She enrolled yesterday for the fall semester and recently put her deposit down for her first apartment. Turning 19 in less than a month, I’m so proud of her and excited to see the goals she has established for herself become a reality. My “baby girl” is not a baby anymore. I’m grateful for our time together and for this experience! 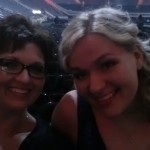 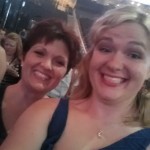