Observations from the Pit – Part 2

Caitlin and I returned to the concert pit Sunday night in Dallas, TX to see Kelly Clarkson/Maroon 5 once again. After my previous experience in St. Louis on August 1, I was prepared. I knew that patience was necessary. Standing in line for long periods of time was required and whining was not allowed. A role reversal was in order – Cait was the “mom” and I was supposed to listen to her. As the chauffeur, driving in Dallas is not FUN, but I was able to maximize my skills efficiently.

As much as I remind my clients to not compare current experiences to previous ones, I couldn’t resist in doing so myself. There were several pleasant surprises as well as a few lessons. 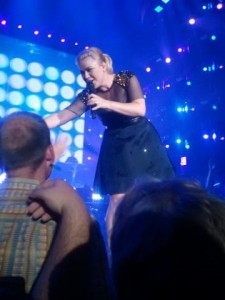 1. Last time, we were not allowed to have drinks in the pit. This time we could keep our thirst quenched! However, that also meant the attendees could partake in the consumption of beer. Some consumed more than others. You know what this means. 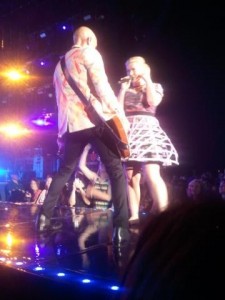 2. I knew from last time that I was not to leave the pit under any circumstances. During the intermission after the first opening act, Cait let me know her bladder was to its full capacity. She has often stated that she has a “bladder of steel” so I knew it was full. I assured her I would maintain her space. No worries at all. She returned immediately, and I told her it was my turn. She wasn’t as quick to agree. I told her I would hurry and wouldn’t have to leave again, I promise! 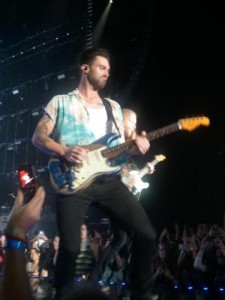 3. Once again, we had prime standing spots near the stage. There was one person in front of us. This time, the barricades on both sides of the stage were equal. There was no one complaining about the unfairness, which was nice.

4. During my observations, I noticed Adam seemed tired. It was apparent that the tour was taking a toll on his health physically. Cait said he was still AMAZING and of course, I agree! Kelly put on a great show and was very chatty with the audience. Both of them are great entertainers. 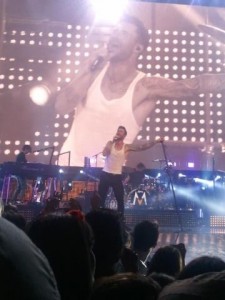 5. Last time, I had a seasoned fan offering me “protection” in the pit. This time, I wasn’t so lucky. During the intermission between Kelly and Maroon 5, a large, boisterous woman began pushing me. She was wedging her foot, then using her hips and shoulders. I was attempting to stand firm and was being “crushed.” I have no idea why she began this physical “assault” except for the fact that she was one who did partake in the consumption of beer. Cait looked at me with “those eyes” and matter-of-factly stated, “Stand up for yourself. Don’t let her push you around.” I immediately KNEW this was a huge lesson on a much bigger level. After several minutes, I finally said, “Ma’am, would you please stop shoving me. I’m about ready to fall over.” She said, “You are the one pushing me.” I replied very calmly, “If you would look over your shoulder, you can clearly see the space that you once occupied. I assure you that I am not the one doing the pushing.” In that moment, the teen behind me and the woman in front of me spoke up and took up for me. The “bully” mumbled under her breath and backed off pressure. I began shaking uncontrollably all over. I knew it was either Spirit or my adrenaline (or both). I began doing more protection and visualized myself as a parked bulldozer. All I could think in that moment is Karma is a B*tch. I have to say this was a huge lesson, and it applied to many aspects of my life. I had to see it and feel it played out physically to really “get” the lesson. 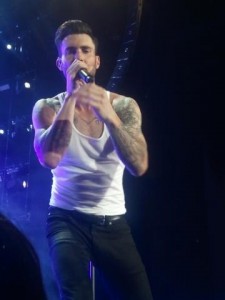 6. I should mention Cait took all of these pictures. The one above is when Adam looked into her eyes. As I stated previously about the drum sticks fiasco, “She will always have the memory of that moment even though she doesn’t have the tangible object.” This time she has a picture.

I am extremely thankful for the opportunity to have these experiences with my daughter. Our children look up to us as a role model. As parents, we should embrace this role with strength and gratitude. Allow them the opportunity to be who they are, to express their opinions and emotions, and to walk their own path.